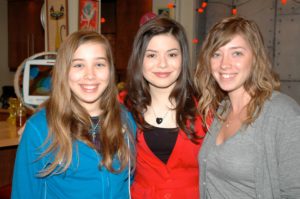 On Thursday, Janie, Abi and Noah left to go back to Cedar City for a garage sale, and to start packing up our belongings. Tripp and Thy had been working to organize the sale for the past two weeks.  Yesterday, Carly was generally down, and as a result, she didn’t do as well in therapy. She had done much better the day before in speech therapy, and while she continued to improve in physical therapy, it just lacked that “Carly Pizzaz” we had seen the past few days. Carly has been walking down to the cafe in the afternoons and enjoying coffee ice cream! She is getting close to her calorie goal, and closer to having the feeding tube removed. Pray for that to happen soon!

This morning was a new day, and Carly seems to be in slightly better spirits but is still down. Normally she does a half hour of each type of therapy in the morning, with a break mid-day and another round of therapies in the afternoon. Today they rearranged her schedule to give her more time in occupational therapy so that she could bake brownies! The brownie baking went great, and Carl and Carly ate warm brownies while they watched one of Carly’s favorite movies, “Wild Hearts Can’t Be Broken”.

Yesterday we wrote about the connection with Becky Motolla, which led to our current living situation. This is another amazing God story, and is one of so many on this journey! The Mimstribe continues to be blessed beyond anything we could hope or imagine. 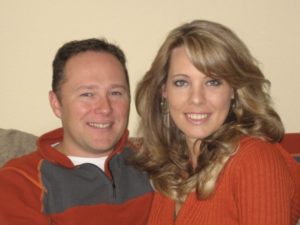 A little over a week ago, we met Becky at Starbucks and followed her to Leah Blalock’s home for an introduction. The Blalock’s are our new roomies! Brian, Leah and their son Dawson moved to Salt Lake City in March of last year, from Houston, Texas. So the area is also fairly new for them. When they moved, they found a house that was much larger than they needed, but the deal was too good to pass up. To give you a proper picture, there is an indoor basketball court in the basement, along with a huge family area, two bedrooms, each with large private baths, plus a kitchenette. There is another spare bedroom upstairs. All are beautifully decorated, but the wow of the home is with the wonderful hearts of this family.

We talked to Leah for less than forty-five minutes and had to pull ourselves away to go back to the hospital. She is delightful, a full-on Texas gal with a true love for the Lord! She showed us around and Dawson gave instructions on the important things, like how to get the XBox 360 to work on surround sound and then switch back to TV. Then she handed us a key to the house and said she knew we would be coming in late, and they would probably be in bed because they were leaving the next morning at 5 AM for a week-long vacation. Enjoy, and we’ll see you when we return!

Totally amazing that she was so loving and concerned about us and our situation, and willing to turn over their home after only a few minutes of talking! A week later, the Blalock’s returned and we had the pleasure of meeting Brian. Brian is a Georgia boy who attended Auburn University. Of course, Carl quickly had to point out the only true university in the state…The University of Alabama, where he attended! He didn’t have the heart to tell him that Janie was a Volunteer. We have had fun with it! Brian, like Leah, has been very easy to relate to and get to know. This family has been truly amazing. Noah is enjoying XBox with Dawson, and it all has a very special feel to it.

Leah came to the hospital the other day to meet Carly, and maybe it was the two blondes relating, but I think Carly sensed Leah’s special spirit and perked up, gave great facial expressions to Leah and even hugged her! Certainly a special moment.

The garage sale in Cedar City today was amazing today. Viet, Thy’s mom had traveled down with the trip to help.  Tons of people donated items to sell, and one of our neighbors, Terry Cook, was a huge help! She baked tons of amazing goodies for the bake sale, including home-made muffins, cookies, zucchini bread and peach cobbler! She also helped set up, put posters up and get the word out about the event!