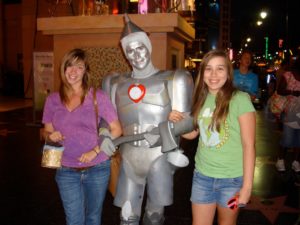 On Tuesday, August 10th, Carly, 22, was in town from Florida visiting our family in Cedar City, Utah. They were having a wonderful family time, going to Bryce Canyon, Zion Canyon and seeing other sights. They were headed out on a quad ride (4 wheelers) to Brian Head, which is a mountain ski resort area that is unbelievably beautiful in the summer. They had the entire family, minus Katie who lives in Los Angeles, on multiple quads on the trail. Carly hit a rut in the straight gravel road they were riding to the mountain on and lost control and went into the ditch. She was wearing a full helmet that showed no signs of physical damage after the fall. At first glance, it looked like there were just a few scrapes and a 2” cut on her ankle. The Sheriff saw the accident happen, stopped and filled out a report. She was still fine, and saw no need for an ambulance at this point. 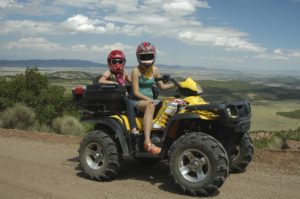 She was taken to the family doctor in town to have the cut stitched up, and she seemed fine to him as well. She was talking, filling out forms, etc. Then all of a sudden she started slurring her speech, became dizzy and threw up. This was probably two hours after the accident. They rushed her to the ER across from the doctor’s office in Cedar City.  After tests, evaluations and stabilizing medications, she was airlifted around 10 PM to the Intermountain Trauma Center in Salt Lake City. Janie flew with her, while Carl, Tripp, Noah, and Abi drove 4 hours to meet them in Salt Lake City. We had been told that Carly might not be with us by the time we completed that 4-hour drive. Katie flew into Salt Lake from Los Angeles early Wednesday morning and Thy flew from Cedar City.

Carly has major brain trauma with right vertebral artery dissection.  This means the artery kinked internally cutting off blood flow and the clots formed that moved up in her brain causing multiple strokes.  The vertebral artery runs along her neck/spine and up the rear of her head. They have had her in an induced a coma off and on, but overall the prognosis is not good. She has at a minimum suffered a stroke, unknown brain damage and is not out of the woods for additional issues, including clots, internal bleeding, and brain swelling.

During the day today (Wednesday, August 11th), they took her off all sedation and medications to try and get her to wake from the coma and attempted to get her to respond every two hours for most of the day. She reacts to touch and becomes agitated and moves around when they poke at her, but she has not regained consciousness and been able to open her eyes. This evening they gave her a low dose of sedation to help her through the night, and they were keeping an eye on a mild fever and rising pressure in her brain.

We are praying for a miracle and a full recovery. The entire Mimstribe is together here in Salt Lake City right now. Many of the photos you see on this site were taken only one day before the accident