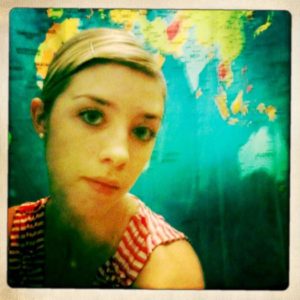 Today Carly regained some motor function on the left side of her body. Previously, she had been unable to control that side and her arm and leg had been stiff and curled up. The limbs are now relaxed, and she reacts to touch on that side now. 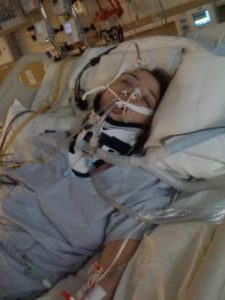 They took her off all medications to try and rouse her from the drug induced a coma early this morning. She moved around in bed more, and she reacted and became agitated when they poked at her or rubbed her chest to wake her, but she was unable to wake up and open her eyes. She is currently on a respirator, feeding tube, multiple IVs and everything that usually goes with those things. Her neck is in a brace to keep her head in position, and her hands are lightly restrained to help keep her from pulling out tubes. While she was off sedation, she kept trying to cough up her respirator and was chewing on the tube and swallowing on her own.

This evening they are keeping her in a coma, and when the nurses sent us home to sleep they were considering mild pain medication as well. She was fighting a mild fever and her brain pressure had been slightly elevated from what has been her norm. The nurses said this was normal, as the worst usually occurs 24 to 48 hours after the accident, and we hit that time frame last night.