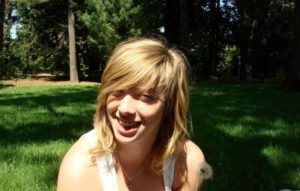 Carly’s miracle has been delivered! During the nursing change this morning at 7:00 AM. Carly responded to commands and squeezed and released the nurse’s hand when asked.

Later this morning, around 10:00 AM, they took removed the bolt from her skull. The bolt was a small sensor inserted into her skull to measure her internal cranial pressure. This was a big step because it means that the doctors are much less concerned with rising brain pressure, internal bleeding and some of the things that cause more serious complications.

Since they removed her from the respirator, she’s had breathing treatments to help break up mucus, and just a little while ago they took her off the oxygen mask she’d had on since they took the tubes out. She is still on blood thinners, the feeding tube is still in, she is very exhausted, and her breathing is still a little wheezy.

Those caring for Carly are very encouraged by her unbelievable recovery!  The doctors are still cautious but they are admitting that she is doing much better than expected, and recovering much faster than expected. No doubt it is still a very long road, but you cannot believe the joy of the Mimstribe at this point! We have been so blessed with the miracle of Carly’s progress, the prayers and love from everyone, the great care from Intermountain Health Care, all the doctors, nurses and respiratory staff who continue to provide unbelievable care.

Please continue to pray, rejoice and give God glory for all that has happened. We have a long way to go, and she is still in serious condition, but we are so encouraged by Carly waking up and making the progress she is! She needs to rest to build up strength and continue to heal. The family needs wisdom in making decisions about coming changes.